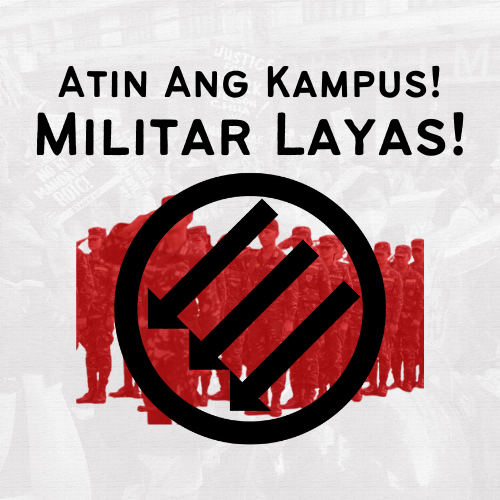 “What you see, what you feel, what you hear; when you leave, leave it here.”

For many people who have participated in Reserve Officer Training Corps, this phrase is familiar, almost intimate. It is an oath to secrecy, as much as an oath can be rendered under duress. This golden rule, as it is called, is used to justify or at least defend abuse of power by those in power themselves. It is one thing to be security-minded, to protect the interests and safety of the group from those who seek to malign it. It is quite another to set aside their lived experiences and senses of morality, only to replace them with memories that are left behind in the designated office of the corps, or in the minds of those who have to deal with the consequences for time to come.

One can find the lingering contradiction between this golden rule and youth empowerment: how can you empower the youth to be “better” people if you choose to take away the power to decide for themselves? How can you claim to uplift the well-being of those you claim to educate if your notion of education has an in-built non-disclosure agreement to protect perpetrators from the consequences of harassment and torture, among other forms of abuse. Some organizations even do so to the point of death. The insinuation that this would lead to discipline and self-regulation is sickening, because those who spout such nonsense are either lying to themselves or lying to everybody else about dangers we have already acknowledged to be unacceptable.

That is why the calls to return any form of Mandatory Reserve Officers Training Corps in the Philippines, especially under the steamrolled National Citizens Service Training Program, is ridiculous not just from a political and curricular standpoint, but also from a moral position as well.

Much has already been said about the cost of its implementation, the impact it would have on the pressures placed on young adults in college, and the threat it poses to academic freedom and civil rights. It will be expensive and time-consuming for students who have carried the burden of unsafe, unhealthy, and time-consuming curricula and educational environments. It will militarize schools, turning it into training and propaganda arms for terrorist state forces who have committed impunity and injustices since its very foundation. We can expect greater corruption of actions and values, especially from those in authority who will use the program for opportunistic gain. We can expect more activists and organizers to be red-tagged and harassed within the safe spaces that should be school campuses when mandatory military training will come to fruition. We should expect a repeat of what happened to Mark Welson Chua, and the other victims of hazing and torture, as more students will be abused or killed.

But the greatest danger to come out of the militarization of schools is the reinforcement from youth of the idea that chains of command should be unquestioningly obeyed, even against the better judgment of anybody below them. This kind of mentality signifies the willingness of the institutions in our society to ignore the autonomy of every person within it. All the material needs, all the moral sentiments, and rational decisions are futile when you have been disillusioned and forced by your commanding officer, or your boss, or whatever immediate superior to follow their orders and their orders alone. Society as it exists has been limited by the prevalence of this domination; this hierarchy. It wastes the conscious ability of human beings away from the imagination of an inclusive, affirming, and integral world, in favor of profit, power, and harm.

The proponents of this militarization cannot even explain how the system they are justifying can defend against the exploitative attitudes within society — harassment, abuse, and violence, bred by machismo, sexism, and bigotry. They remain unaware, perhaps intentionally, that the presence of state forces in schools will not only limit academic freedom, but also threaten the rights of every student, teacher, and stakeholder within the community. It is pitiable how they themselves have turned themselves into lackeys, pushed by their political ambition to gain favor by toeing the party line of Malacañang.

There is no nation to be built by packing campuses with murderers and fascists. There is no youth to be developed by “citizen training” that hasn’t already been innovated by grassroots movements and organizations that have rejected militarization. The archipelago will not progress under the agenda of conniving elites hellbent on taking the reins of all aspects of society: from economics, to telecommunication, and education. As we have always known, the future lies in the will and power of the people at the base, unhindered by authority. The golden rule; this rule by ROTC, by Maharlika, by Marcos-Duterte, by the elite, by the structure that shackles our society; takes our time, our choice, our power away.

My call, our call, is clear:

Reject the militarization of all education spaces!

All power to all people!