Title: The Ifugao
Subtitle: A People Without Government
Author: Harold Barclay
Topics: history, Philippines, republished
Date: March 2020
Publication date: Mar 3, 2020
Notes: This is an excerpt from People without Government: An Anthropology of Anarchy by Harold Barclay. We are republishing this excerpt for its value to anarchists in the archipelago known as the Philippines.
Plain PDF A4 imposed PDF Letter imposed PDF EPUB (for mobile devices) Standalone HTML (printer-friendly) XeLaTeX source plain text source Source files with attachments Add this text to the bookbuilder Select individual parts for the bookbuilder

The Ifugao
A People Without Government 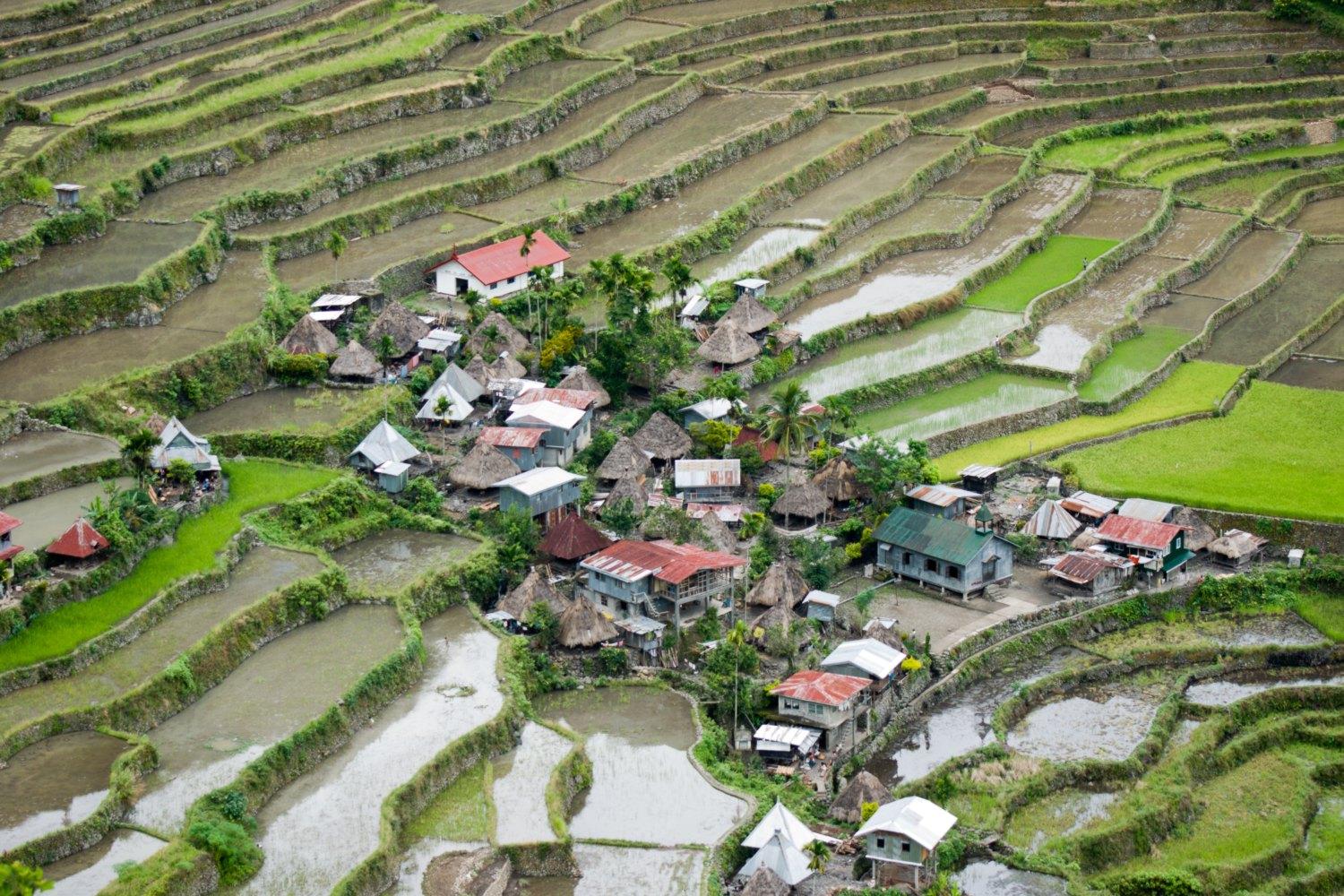 Several peoples in the Philippine Islands have anarchic polities. The lfugao are probably the best example. They live on the island of Luzon, cultivating mountain gardens and raising chickens and pigs. Their extensive terraces for irrigated rice production are well known. Probably less well known is the fact that this complex system of cultivation is accompanied by a social order in which there is no government, no courts, no judges or constitutional or statutory law.

Ifugao social organisation is extremely simple. As with ourselves, kin relationships are reckoned bilaterally, so that aside from the family household a person identifies with a cognatic group of relatives. While the basic and stable unit is a family centred on its most important member, one is also obligated to go to the defence of any whom one considers within the circle of kinship. Villages hardly exist; rather houses are scattered, sometimes with a cluster of a dozen or so in one place.

Another important aspect of lfugao social organisation is the division into social strata. At the top is a small group of wealthy men who could at least claim someone in this class, called kadangyang, as an ancestor. Admittance to the stratum is achieved by acquiring sufficient wealth to sponsor feasts and become a man of note and influence. The great majority of the lfugao are either in a middle stratum where a family owns sufficient rice fields to sustain itself, or in a lower class of the poor who have no rice fields.

The kadangyang are the leaders of the Ifugao. They are asked to act as go-betweens, that is third party mediators, in disputes. They bring to any negotiations both their own reputation and the power of their own kin group. Particularly favoured are those with a reputation as headhunters. The go-between is employed in a variety of circumstances: in buying and selling operations, borrowing money, marriage proposals, the collection of debts, demands for damages, buying back heads lost in war, ransoming of the kidnapped and making peace. He is responsible to ‘both parties to a dispute and must be impartial, carrying from one group to the other the proper and correct offers and payments. “He wheedles, coaxes, flatters threatens, drives, scolds, insinuates” in trying to bring the parties to an agreement so that he may receive the fee due him. He “has no authority. All that he can do is to act as a peace-making go-between. His only power is in his art of persuasion, his tact and his skillful playing on human emotions and motives” (Barton, 87). However, a go-between can compel a defendant to participate in negotiations. If a man tries to run away from, or shows defiance of, an accusation, the go-between seeks him out and with his war knife prominently displayed, therefore forces him to participate. In this aspect we have then a true legal sanction and police authority. We may also understand why an eminent headhunter is preferred for the position.

Besides exacting a fee for his services the go-between also builds his reputation and prestige with every successful settlement so that he will be asked more frequently, acquire more in fees and build his wealth.

Most cases are settled by the assessment of fines. These are determined in part by the nature of the wrong, but there is also a differential scale based on a person’s social class. The go-between likewise considers the reputations and positions of the individuals and groups involved. Where fines are to be paid the two parties must first agree on the amount of the payment. Ordinarily the party of the defendant recognises an obligation to pay some indemnity; it mainly tries to reduce the exorbitant demands of the plaintiff. But, if one side refuses to pay the fines that are assessed, the wronged party may then proceed to attempt to seize property such as gongs, rice wine jars, caraboas, gold beads, children, wives, or rice fields from the culprit.

Sentence of death applies to extreme cases such as murder, sorcery and the refusal to pay a fine for adultery. The wronged party ordinarily carries it out. But any ‘execution’ can have adverse repercussion, since it too may be avenged.

Where an accused denies his guilt he may be asked to undergo the boiling water ordeal. Of course, if he refuses he is considered to be guilty. The go-between, acting as an umpire, observes the accused put his hand in a pot of boiling water and remove a stone that has been placed in it. Where two mutually accuse each other their hands are placed side by side and a hot bolo knife is laid on them by the go-between, supposedly only burning the guilty. Wrestling matches and duels are also resorted to. Duels may commence with two opponents throwing eggs, leading to their throwing spears and sometimes to others joining in on the fray.

Feuding is endemic, arising out of the desire to avenge alleged wrongs to one’s kin. The taking of the head of an enemy is an important part of the raiding between groups. This prize gives its possessor supernatural power including that of the murdered man. Feuds are sometimes settled by intermarriage and marriage is, in general, a means by which one can extend the network of friendly relations. In addition pacts are made between individuals that guarantee one’s safety while in the home district of a pact partner.

Ifugao men and women have fairly equal relationships. This arises in large part from the practice of bilateral kinship. Both man and wife bring to their marriage an equal amount of property and they also work side by side in the fields.