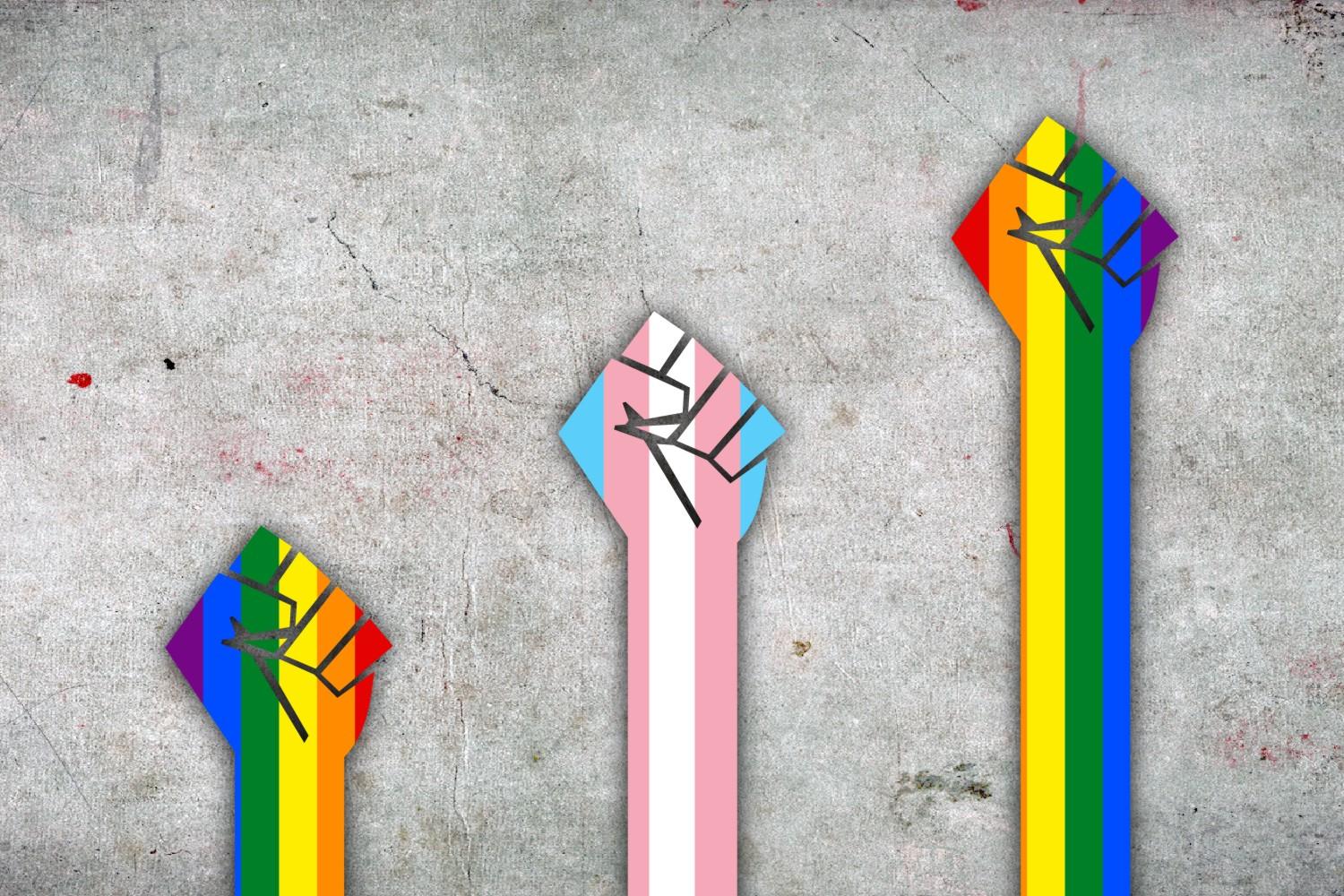 I want to talk about gender issues in “progressive/radical/revolutionary spaces” before Pride Month ends because it’s so important. I need to call out cis (het) men[1] in radical/progressive spaces—especially the anarchist, Marxist, or generally progressive men that I see around or know.

I understand that when it comes to gender issues, cis (het) men in radical spaces don’t want to talk about issues they do not have expertise on or experience of. There’s value in not wanting to talk over women and the LGBTQIA+. However, your silence is harming us, too. Your silence is violence to us.

I have been talking about the need for more men to speak up when women and the LGBTQIA+ get harassed or discriminated against for years. Still—there has not been a single cis (het) man who stood vocally with women and the LGBTQIA+ in my spaces. No “radical” cis (het) man has called out misogyny or rape culture and connected these realities to how our radical spaces are still arenas of struggle in the gender aspect. No “radical” cis (het) man has talked about transphobia especially when it comes out in the news cycle. No “radical” cis het man has even spoken up in support of or in allyship with or anything about women and LGBTQIA+ rights and welfare especially during Pride. Not even a single word in the sea of takes against police brutality—even when it’s so easy to connect Pride and anti-cop stances because of fucking Stonewall.

“Radical” cis (het) men have not stepped up to the responsibility of becoming more proactive allies and support in the gender struggle, nor taken any sort of initiative to learn more, whether by asking those who experience these realities or by doing some reading and Googling themselves.

Meanwhile, women’s and the LGBTQIA+’s radicalism and politics will always, always, always be deeply intertwined with their womanhood or queerness. The reason we are radical is because the world is fucking shit to us because we’re women and LGBTQIA+ on top of being poor or of color or indigenous or disabled. The reason we get involved in politics is because we ourselves want to get involved with dismantling the oppression that comes the moment we are born women or identify as LGBTQIA+.

The reason we as women and the LGBTQIA+ in radical spaces are radical is because we know and understand that we cannot separate the different parts of ourselves from each other—thus our politics has to take our womanhood, queerness, poverty, color, indigineity, disability together—because these are all different lines intersecting to make our lives oppressed under a system that says being any of these traits alone means you’re subhuman, and being any combination of these traits means you go lower in the subhuman category.

We’re already directly oppressed on a daily basis whether we are in political spaces or not. We not only get discriminated, talked over, or silenced but harassed, abused, raped, assaulted, even murdered for being women and/or LGBTQIA+. But the fact that we even have to deal with this shit—with “radical” cis (het) men either being straight-up garbage to us or thinking they’re good enough because they’re not garbage to us while doing absolutely nothing to help correct shitty situations or dismantle structures that are oppressive to us—in our very own political spaces is exhausting.

This is especially true for anarchist and Marxist men, who I have noticed can have the worst contradictions when it comes to their professed radicalism.

Anarchist spaces here are male-dominated. It always hurts to see their proclaimed commitment to “liberation and equality for all” and their other commitment to fight with Marxists when they can’t even call out fellow anarchist men who are shit to women and LGBTQIA+. Not one anarchist man in my knowledge called out this guy named Sid when he started spouting misogynist and homophobic garbage at me. It was only another woman who offered me assistance in situations with him—never mind that I reached out to other anarchist men who him.

In fact, I don’t even know if there is any stance against misogyny, sexism, homophobia and transphobia in anarchist spaces. I see some well-connected anarchist groups (like those running Tagay Collective) working with groups or people that have been called out for transphobia, such as Deep Green Resistance, which the IWW itself has referenced a stance against from the Institute of Anarchist Studies.

It makes me wonder what kind of liberation anarchist cis (het) men really fight for when they can’t even take a stand against the oppression others experience. Frankly, it’s not a liberation I want. I’d rather die redefining liberation myself than work with such a narrow definition that leaves me and other women and LGBTQIA+ as nothing but footnotes or addendums instead of fundamental aspects of the struggle.

Meanwhile, there are too many instances of harassment, homophobia, and even rape, that I have either personally experienced or heard from survivors and friends of survivors from Marxist and other generally progressive spaces. Survivors either get ostracized or have to adjust themselves by lying low or distancing from their groups, communities or organizations because abusers, harassers or rapists are “good and effective speakers/community organizers/etc.”

This is all to say: “radical” cis (het) men—you are not doing enough, if you are doing anything at all. To echo what my best friend, a nonbinary anarchist themself, said: even if you’re not the problem, it does not mean you are part of the solution.

Not being transphobic or misogynistic or a harasser does not let you off the hook. That should be the norm in the first place. If you were truly radical, you would step up and help dismantle this whole thing. The bare minimum is to vocally express your withdrawal of or refusal to support others who are misogynistic, sexist, homophobic, or transphobic and to stand against them until they stop being misogynists, sexists, homophobes, and or transphobes.

For the anarchist cis (het) men out there: don’t just support someone because they’re fucking anarchist. Have some standards. If that anarchist espouses values that are harmful to others, they’re HARMFUL. Movements that make concessions with the things we are trying to fight ultimately succumb and become (more like) the system we fight against. We cannot and should not make concessions when human lives and dignities are on the line, because this opens up more opportunities for increased repression and oppression.

This is a reason why there are so few women and LGBTQIA+ anarchists in your spaces and why we choose to create our own spaces ourselves—because your values are shit and your spaces and talking points do not address our needs. When we talk to you about our needs, virtually NOTHING happens. For all the machismo you perform in fighting with Marxists, you have ZERO ability to confront fellow anarchist men about shitty behaviors. I know we must address these things more constructively, but the caveat to that is you actually need to address these things first. You can’t keep saying you’ll leave these matters up to the women and the LGBTQIA+ because:

For all “radical” cis (het) men of any stripe, ideology or walk of life: just because you call yourself a radical doesn’t mean you are, and just because you call your space radical doesn’t mean it is. It is part of your responsibility as radicals to call out misogynistic, sexist, homophobic, or transphobic behavior when you know of it. How can you know that injustice exists and not speak up against or about it? You have to address the injustices of the system while fixing your own backyard—otherwise you’re nothing but hypocrites who use your radicalism to feed your ego.

“Radical” cis (het) men—you need to step the fuck up. Your silence is literally harming us. If you were truly for liberation, you must also be actively for our liberation as women and LGBTQIA+, because liberation is not a monolith, assumed to be the same thing for everyone; it is nuanced and attuned to the different needs and desires of different people.

We are only truly liberated if all of us—the poor, the people of color, the indigenous, the disabled, the LGBTQIA+, the women—if every single one of us is liberated from the oppressive realities we experience. You, “radical” cis (het) men, are only as free as we are. Or, as Fannie Lou Hamer more succinctly put it: nobody’s free until everbody’s free.

And this is a threat, to “radical” cis (het) men and their spaces: we can create spaces of true liberation without you, but you cannot create spaces of true liberation without us. The reason we demand you to step up and take responsibility as cis (het) men is because we know the dominant positions you have in radical spaces that we want to be better. But if things will not change—if you will continue to perpetrate gender violence or to be silent in the face of our oppression—we can, we will, and we will continue to make spaces and entire worlds without you, and you will be left with your patriarchal ideas of what freedom is without ever knowing what liberation could be.

[1] For those who might not know: cis is shorthand for “cisgendered,” meaning your gender matches your assigned sex at birth, while het is shorthand for “heterosexual” or straight. I put het in parentheses because the behaviors I am calling out are not only present in cisgendered heterosexual men but sometimes even cisgendered homosexual or bisexual men; however it is often in cis het men that the behaviors are observable. This specification is important because of the way cis men are raised in a society that privileges their experiences and realities while treating any other experiences and realities as wrong or deviant or subhuman.